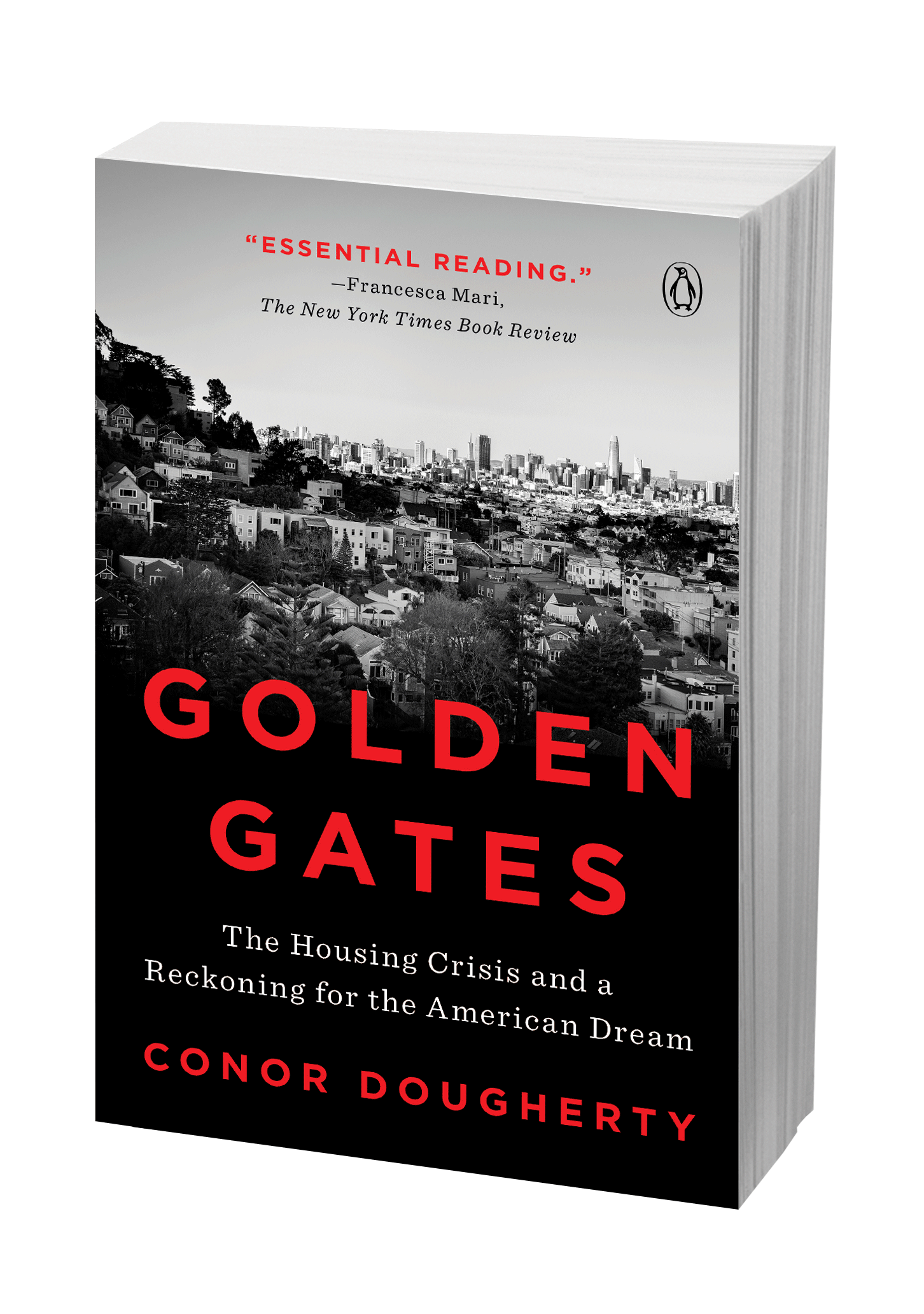 A stunning, deeply reported investigation into the housing crisis

“Golden Gates focuses on California but has lessons for all metropolitan areas. Smugly deeming itself racially progressive, the state allows high-wage employment (mostly for whites and educated immigrants) to grow faster than housing supply, ensuring that priced-out black and Hispanic families will suffer greater homelessness and displacement to job-starved distant suburbs. Segregation increases as voters enact local zoning codes to prevent new home-building, but those in desperate need of housing can’t register to vote in the no-growth towns that ban them. That’s structural racism.” —Richard Rothstein, author of The Color of Law

“Golden Gates is a terrific work of explanatory journalism. If you want to understand the colliding forces that have turned the San Francisco Bay Area into a housing powder keg and threaten to engulf many more cities across the country, you need to read this book.” — John Carreyrou, New York Times bestselling author of Bad Blood

“With precision, insight, and flashes of humor, Conor Dougherty delivers intimate glimpses of a region in transition, and a sobering reminder that San Francisco, these days, is not so much an exception as a harbinger of the future for America’s cities.”
— Anna Wiener, author of Uncanny Valley

“How do we solve a problem like California, with its three-hour commutes and sky-high rents? Deeply-reported and fast-paced, Golden Gates introduces you to the people fighting for and against affordable housing in one of the world’s hottest real estate markets. In following the clashes between political leaders, tenant activists, developers, and working families, Dougherty brings a novel perspective to one of the nation’s most urgent problems.”
— Matthew Desmond, author of Evicted: Poverty and Profit in the American City

“California has always led the nation—and right now, California’s struggles with housing affordability, homelessness, and displacement offer a sober window into the near future of every American city. With sharp writing and exhaustive reporting, Conor Dougherty gets to the heart of the matter with a comprehensive look at the Bay Area, home to both a storied legacy of progressive activism and the highest current rents in the world. How did this happen, and what will happen when it comes to your city? Dougherty weaves a hypnotic tale of both progress and decline in Golden Gates.” — Caille Millner, author of The Golden Road: Notes on my Gentrification and San Francisco Chronicle columnist

“America’s economic success is badly hampered because overly expensive housing stops Americans from moving to our new lands of opportunity like Silicon Valley. Conor Dougherty has written an insightful and engaging book explaining why housing has become unaffordable in so many places. This vivid, insightful book provides a peerless guide to the fierce political battles over new construction that will help determine the future of our society. This book is a must-read for anyone who cares about the future of America’s cities.” — Ed Glaeser, author of Triumph of the City